How to deal with a child’s tantrum in public

A few weeks back I endured one of the most stressful experiences of my life. During a flight to Los Angeles, my two-year-old son had a massive tantrum.

There was screaming; there was snot; there were floods of tears (and not just from my toddler, believe me). Worst of all though, there were some passengers who, no longer satisfied with simply muttering under their breath, launched very clear and direct attacks on my abilities as a parent.

In hindsight, I was more worried about creating a socially awkward situation than tending to my own extremely distressed child. How very British of me. Worse still, just three years ago I’d probably have been one of the people huffing and puffing about the racket.

I’ve been asking myself the same questions ever since. Is there a correct way to deal with a child’s tantrum in public? And should I be worried about what other people think?

I know what you’re thinking: if you can’t control your child’s tantrums, don’t take them on a long-haul flight. Point taken – if I can avoid it future, I will. But what about everywhere else we go? We can’t just lock our kids away until they’ve learned the finer points of social etiquette. As I found out when I spoke to Sarah Ockwell-Smith, founder of the BabyCalm parent-baby learning programme and author of ToddlerCalm, the tantrum (and lots of other irritating behavioural traits) is part of what makes them toddlers.

“We tend to think that tantrums are a bad thing, that toddlers are misbehaving,” she says. “But a toddler’s brain is not the same as an adult’s. They don’t have self-control and emotional regulation. So where we might think, ‘that’s incredibly inappropriate, I won’t do it’, toddlers just don’t get it – they can’t get it because it’s biological.

“And the very things we hate about toddlers are the things they have to do to move onto the next stage of development. They have to test boundaries, get some kind of autonomy, touch everything, have endless energy, and be really stubborn. It’s really annoying, but they’re doing a good job of being a toddler.”

Most reasonable people would understand the child’s not to blame. And in most of these situations, it’s the parent who takes the brunt of the aggro. Even as a father myself (and one who’s had to manage a temper tantrum about putting on a coat, even while writing this article) I am easily irritated by other parents. It’s just a matter of being irritated for the right reasons.

Every time I see one of those painfully middle-class mums cramming their brood and associated paraphernalia into some trendy-but-impractically-small café, seemingly more interested being the most bohemian family on the block than doing something suitable for their kids, a wave of intolerance rolls over me.

When all hell breaks loose because some parent has put their child in a situation where throwing a wobbly is inevitable, I’d say a bit of grumbling to yourself is justified. But if you’re chastising a parent for a situation over which they have no control, shame on you.

We cannot presume to know anything about how to best deal with a stranger’s child – a child who’s as much a uniquely responsive individual as you are – let alone demand that they don’t express themselves in the only way they’re able. All you’re doing is adding to the stress – the parent’s, the child’s, and likely your own.

The problem is that us British parents remain bound by cultural stuffiness. When we should be thinking about the wellbeing and emotional stability of our children, we’re awkward and embarrassed by our kids “playing up”. As Sarah says, it’s a trait that’s almost entirely unique to Britain.

“If you go to the continent, somewhere like Italy, they think toddlers are toddlers, that’s just what they do. They accept children far more than we do. We are so judgmental here. Our society is one of controlling our children. We’re really paranoid about misbehaving children… it’s all very Victorian.”

Of course, parents do need to accept that there are things they simply can’t do with kids. That’s a fundamental truth that will help us better understand the things within our control as parents, because ultimately, if a tantrum does happen in public – especially one that goes supernova as my son’s did on the plane – there’s little else we can control. And that’s something non-parents need to accept, because the answer to how we should deal with a tantrum in public is simple: exactly how you would deal with it anywhere. The presence of intolerant strangers should never be a factor.

From now, I’ll follow Sarah’s advice: try to preempt tantrums by making sure my toddler is fed, well-rested and that I can see the world from his point of view (from which it can sometimes look a scary place). When it does kick off, communicate clearly, empathise, and offer a suitable alternative to whatever it is I’m denying him (admittedly, not much use when what he wants is to get off a plane – will a chocolate biscuit suffice?). And if that doesn’t work, I’m sorry, but you’ll all just have to put up with the racket and accept my apology. Advice I’ll hopefully remember next time I’m in a café with someone else’s screaming children. 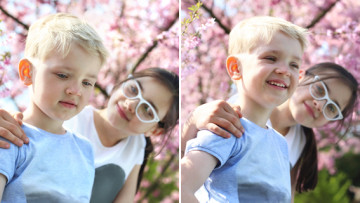 How to Raise a Caring Child